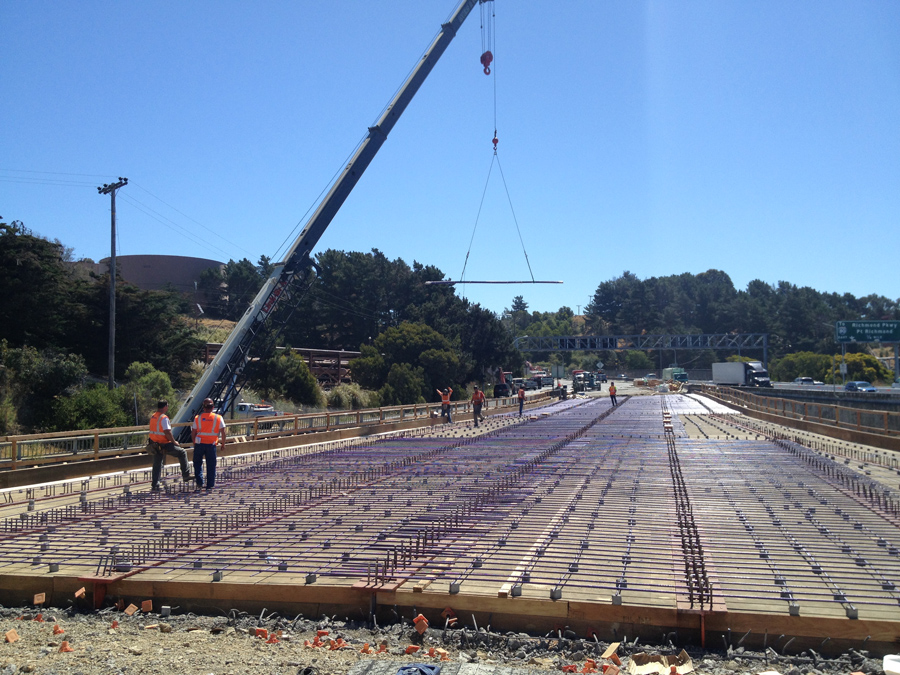 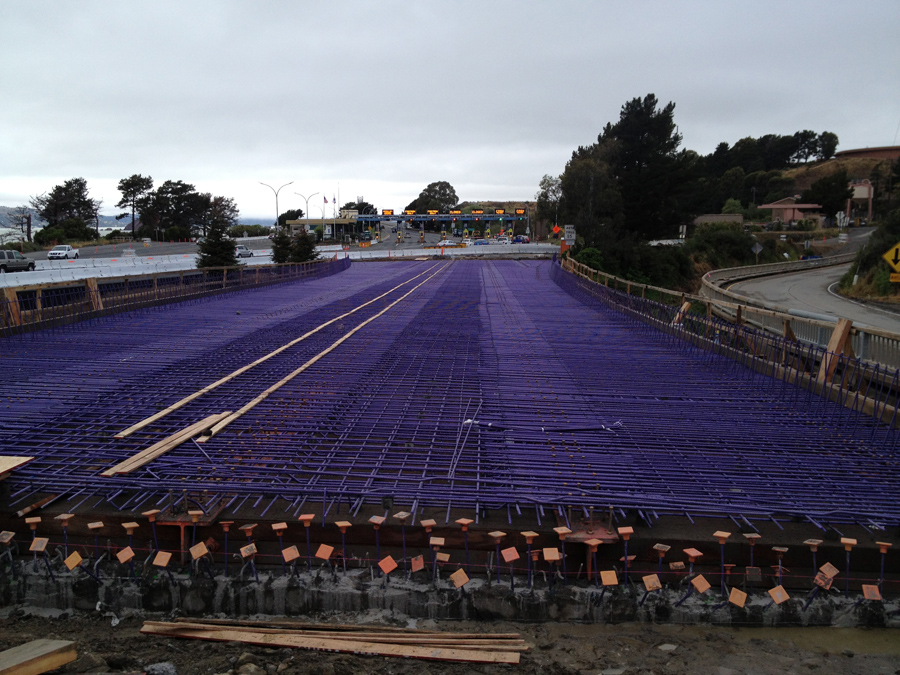 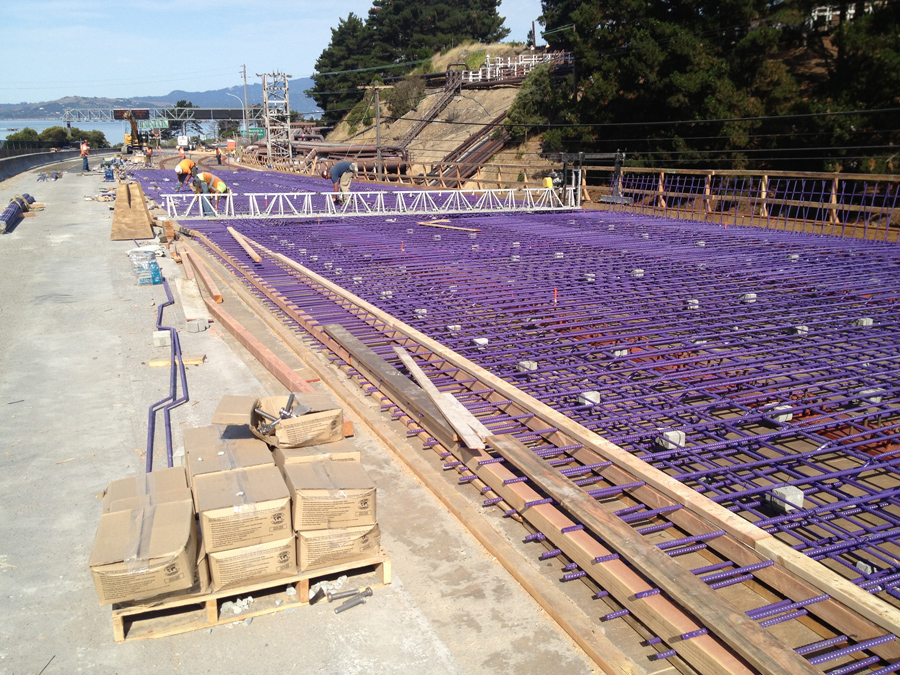 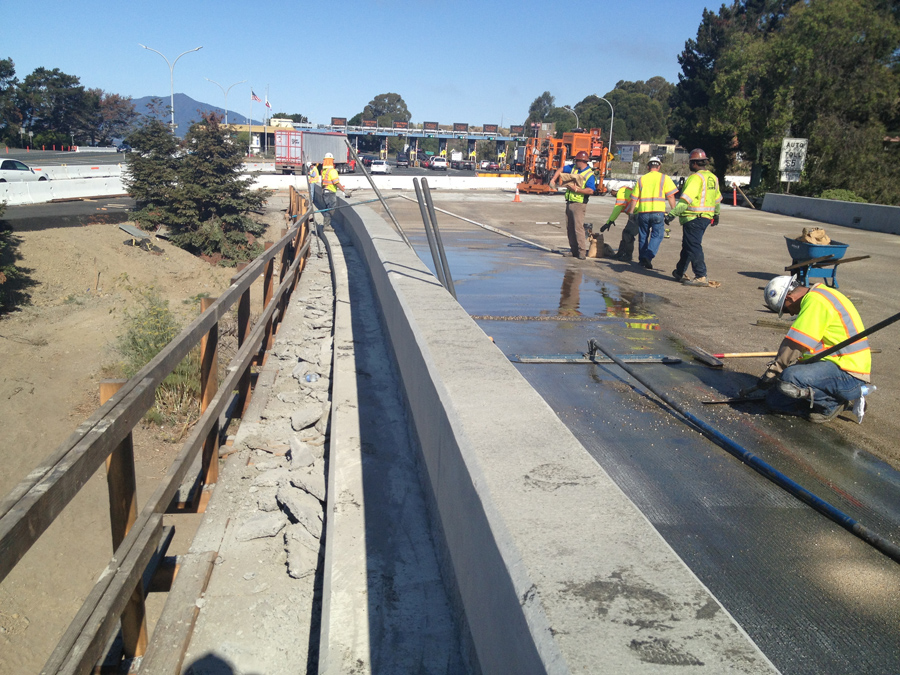 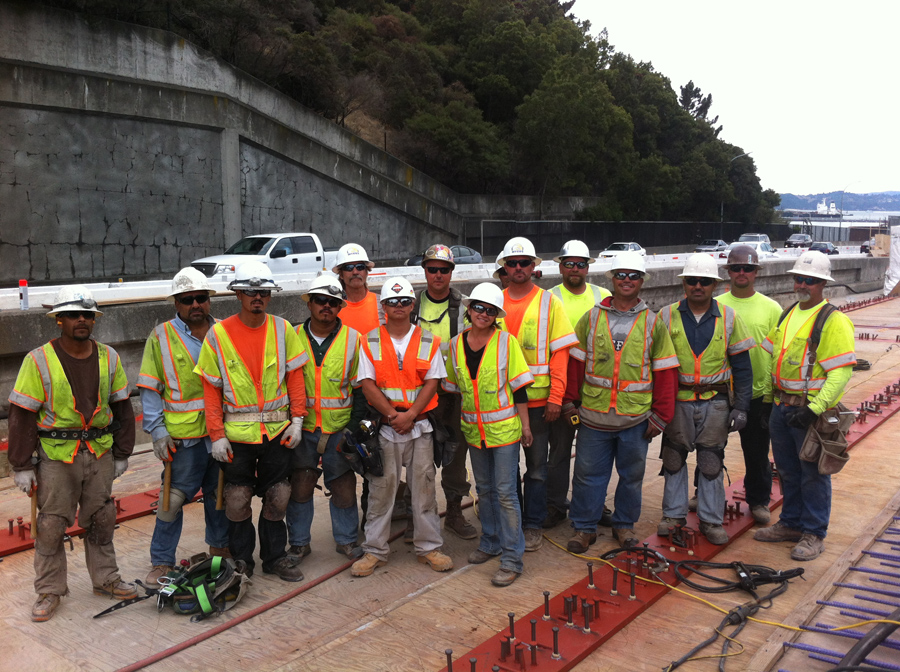 From the initial start of the project, normal contract document submittals and review periods were compressed due to delays in the initial contract award. This resulted in an 82 calendar day completion window with a mission critical deadline to have the bridges replaced and opened to traffic prior to the Bay Bridge closure over Labor Day weekend. To meet this challenging window of opportunity, critical submittals were fast tracked for approval with MSC prioritizing submittals by need. Through this partnering framework, work was started immediately on critical items.

As part of the project team’s continuing effort to mitigate risk to an already challenged schedule, two milestones were identified as critical to project success. The first involved performing road and structure work to allow a traffic crossover to be built and traffic in the west bound 3 lanes be detoured onto the east bound side of 580 to allow two lanes of traffic in both direction.  The second covered the demolition and replacement of 60,000 SF of existing bridge deck on three separate bridges while coordinating the complex staging of traffic and construction.

Under the partnership framework, discussions regarding additional costs associated with these changes took place after the work was completed with an understanding that both parties would work together in “Good Faith Partnering”.  The result of this commitment from all parties was a project delivered on time, within budget, with excellent quality, and with no claims, despite many design errors and changes. AGC Partnering Award, Caltrans Partnering in Motion Award